The national flag is flying half-staff, spirits are down as South Africa and the world mourn the passing of a heroine, a liberation fighter, a struggle veteran and the mother of the nation, Mama Nomzamo Zanyiwe Winifred Madikizela Mandela.

Born to a Xhosa family in Bizana, Eastern Cape in 1936, Winnie Madikizela Mandela was the first black qualified social worker, in 1958 she married anti-apartheid activist and first black president of South Africa Nelson Rolihlahla Mandela. She succumbed to a long term illness on Monday 2 April 2018 at the age of 81. 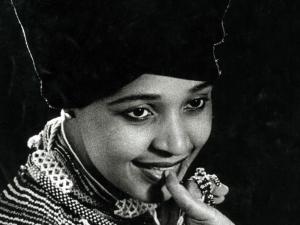 Mama Winnie was a vocal liberation fighter, she was detained by the apartheid state security services on various occasions. subjected to banning orders, banished to a rural town, and spent several months in solitary confinement.

She organised local clinics, campaigned actively for equal rights and was promoted by the ANC as a symbol of their struggle against apartheid. She was a strong woman who stood firmly for what she believed in. Her marriage to the first black South African President Nelson Mandela and her tireless efforts to fight against apartheid and the inhuman, humiliating torture that she endured at the hands of the apartheid police while her husband served a 27-year sentence in Robben Island earned her the name Mother of the Nation.

Mama Winnie will be remembered for her courage, sufferings and sacrifices she’s made for a free South Africa. She will be remembered for her breathtaking beauty and contagious smile. May her values, the things that she fought for, the price she paid, be something that inspires the next generation of women leaders. RIP Winnie Madikizela Mandela, may your spirit echo in our hearts forever.